Total Lunar Eclipse: Why will moon turn red on May 26?

The Total Lunar Eclipse on May 26 will witness a brilliant cosmic phenomenon, the Super Blood Moon. As the full Moon enters Earth’s shadow, it will appear bigger and brighter. An astronomical highlight of 2021, the eclipse will be a combination of a full Moon, a Bloodmoon, and a Total Lunar Eclipse.

The Bloodmoon visible on May 26 will be one of the biggest of the year.

Why does the Moon turn red during a lunar eclipse?

The deep red, orange colour of the moon during an eclipse is a combination of physics working with Earth’s atmosphere to create the spectacular visual. Colours are one way for our brains to interpret variations in the physical properties of light. These same properties cause each colour of light to behave differently when passing through a substance like air. Sunlight bends and scatters as it passes through Earth’s atmosphere. In the air, colours at the blue and violet end of the rainbow scatter more widely than colours like red and orange. 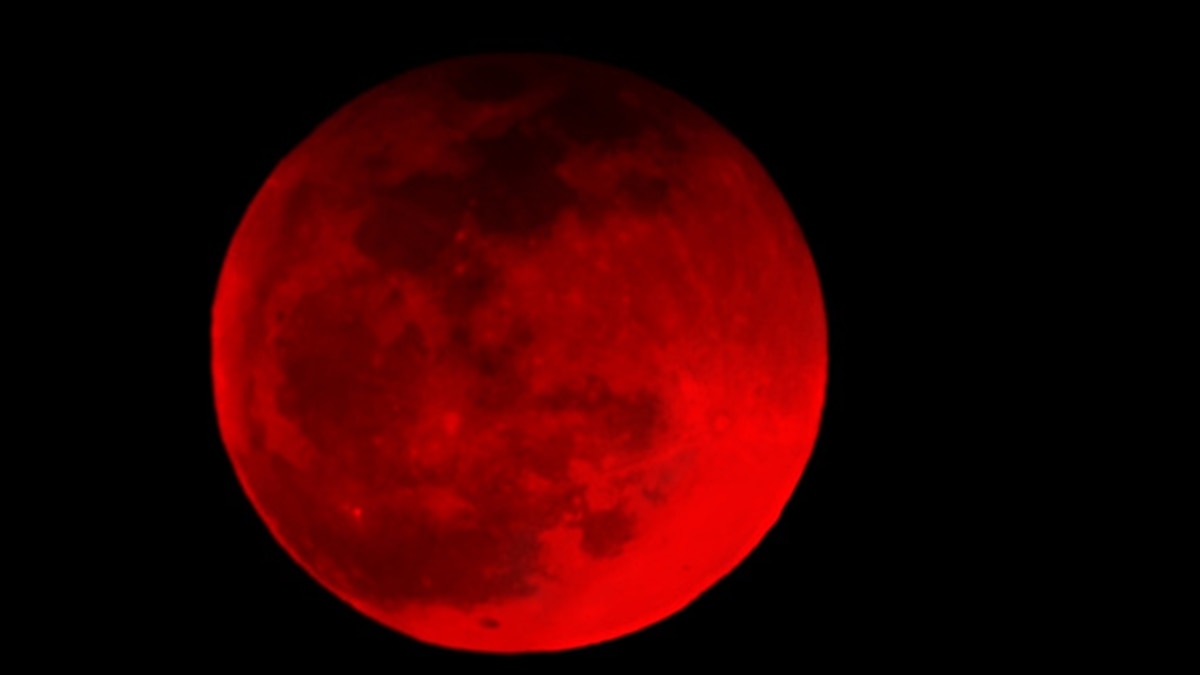 The Partial Eclipse, when the Moon enters and exits the Earth’s shadow will be visible in the eastern United States and Canada. (Photo Getty)

The red light travels a straighter path through the air and we only see it scattered throughout the sky around sunrise and sunset when the sunlight has travelled through a thick slice of Earth’s atmosphere before reaching our eyes. During a lunar eclipse, some of this heavily filtered morning and evening light makes it all the way through Earth’s atmosphere and reaches the lunar surface. The eclipsed Moon is dimly illuminated by red-orange light left-over from all of the sunsets and sunrises occurring around the world at that time. The more dust or clouds in Earth’s atmosphere during the eclipse, the redder the Moon will appear.

How to watch Supermoon eclipse?

The supermoon will attract observers across the world as it rises in the east around sunset and sets in the west around sunrise. The total eclipse, or the time when the Moon is in deepest shadow, will last for about 15 minutes. According to Nasa, the total lunar eclipse will be visible near moonset in the United States and Canada, all of Mexico, most of Central America and Ecuador, western Peru, southern Chile and Argentina. Along the Asian Pacific Rim, the total eclipse will be visible just after moonrise.

Meanwhile, the Partial Eclipse, when the Moon enters and exits the Earth’s shadow will be visible in the eastern United States and Canada just before the Moon sets in the morning, and from India, Nepal, western China, Mongolia, and eastern Russia just after the Moon rises in the evening.

News in a flash

Issue Is Whether China Will Live Up To Commitments: S Jaishankar On Ladakh